Annaba: What you have to visit – Sights to visit

Annaba: What you have to visit – Sights to visit

After Bejaia, the other pearl of the east of the country, Annaba, is also has to be discovered.

Through 10 major steps in Classic art Hippone, we offer you virtual guided tour in the so-called 4th largest city of the country.

1 – Walk and breathe the fresh air on the side of Boulevard Rizzi Amor (ex-Chapuis) ​​and Boulevard Rezgui Rachid (ex St-Cloud) is one of the passages that we advise you to appreciate the Annabirhythm.

2: Driving at the Annaba’s coast:

By car, have fun in the Annaba’s coast and admire the panoramic view of the city that it offers.

3: Admiring the lighthouse of Cape of Guard:

The end of the coast shows the wonderful Lighthouse of the Cap ofGarde, an exotic and restful place where families often meet.

4: Visit the Basilica of St. Augustine: 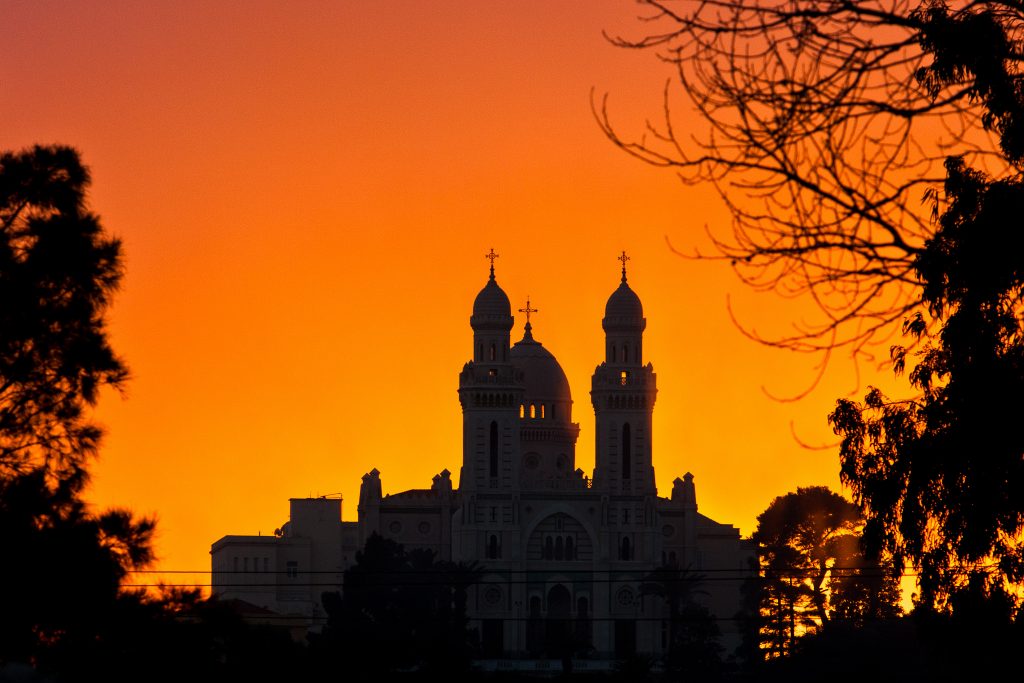 Restored in October 2013, the Basilica of St. Augustine is a must-see of the city, dominated by it. The religious edifice owes its name to St. Augustine of Hippo, a native of Souk Ahras and bishop of Hippo for 34 years.

Over 1000 meters above sea level, you will affect the clouds and you will have to enjoy a fantasticview on Annaba. An experience to be made if only once.

Note that the El Mountazah hotel, located in Seraïdi, gives its guests the chance to discover this little corner of paradise.

6: Basking in the sun at JnenElbay Beach:

Probably the best beach in Annaba, just behind the mountains.Jnen El Bay, also called the Seraïdi beach, is a pure moment of pleasure for summer visitors who can enjoy its white sand.

7: Eating an ice cream at the “Course of the Revolution”:

Historical square of Annaba, located right in the city center, The Course of the Revolution is always animated and we recommend you to enjoy an ice cream with friends.

8: Attend a play at the Annaba Theater:

One of the biggest theaters in North Africa is in downtown Annaba and every night you can enjoy a piece of the local troupe.

9: Eating Seafood at the Carob:

The Caroube beach is the place to go to eat fish and seafood until you are satisfied. Other restaurants overlooking the sea are also worth a try.

10: Take a tour of the Annaba Amusement Park

Unlike the one in Algiers, untouchable in recent years, the Adventure Park of Annaba, located 10 minutes from downtown, is a real escape for families.